So I know that Monday’s can be tough for all, more for some than others.  Which is why I have decided to introduce a new section called  ‘Monday Humor’, which  as the same suggest I intend publishing every Monday to add just a little bit of  fun to mundane Monday’s – yours and mine!

Whether you are self-employed or someone with a regular day job,  I promise there will be something for everyone to relate to,  so here goes! 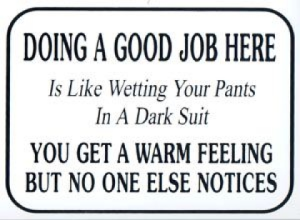 Manager Versus The Technician  –  A man in a hot air balloon realized he was lost. He reduced altitude and spotted a man below. He descended a bit more and shouted, “Excuse me, can you help me? I promised a friend I would meet him half an hour ago, but I don’t know where I am.”
The man below replied, “You are in a hot air balloon hovering approximately 30 feet above the ground. You are between 40 and 42 degrees north latitude and between 58 and 60 degrees west longitude.”
“You must be an engineer,” said the balloonist.
“I am,” replied the man, “but how did you know?”
“Well,” answered the balloonist, “everything you told me is technically correct, but I have no idea what to make of your information, and the fact is I am still lost.”
The man below responded, “You must be a manager.”
“I am,” replied the balloonist, “how did you know?”
“Well,” said the man, “you don’t know where you are or where you are going. You made a promise which you have no idea how to keep, and you expect me to solve your problem. The fact is you are exactly in the same position you were in before we met, but now, somehow, it’s my fault.”

The Self- Employed Life Through Rose Tinted Glasses – 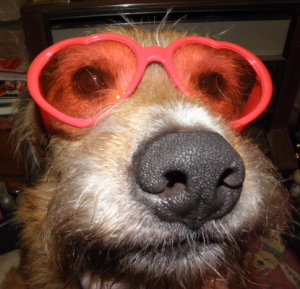 Many years ago, John worked for a large business. It was his lifetime employment, but he wasn’t happy there. He wanted to go in business for himself. He saved his money and finally had enough so that he could quit and start his own business.

About two years later, I was on vacation and was going through the town where John’s business was located. I stopped by for a visit. “Hey John, I heard that the first year is the hardest for a new business.”

“Yeah, the first year was pretty rough, but we are doing pretty good now. In fact, I’m getting to where I only have to work half a day.”

“Wow, that’s pretty nice. Maybe I should think about going into business for myself.”

“Yeah, and the nicest part of it is that it doesn’t matter which twelve hours you work.”

Select a Blog Category to Read

3 Ways to Improve Concentration Level as a Freelancer.

5 Steps to Writing a Business Article Like a Pro

As you get tied down by the many responsibilities and commitments (even though they bring you fulfillment) in life, you realize that time and energy are limited. So, don't just worry about how you will invest your money, but also think about where you want to invest your time and energies. Minimize the time-wasters and, if possible, cut away the energy-sapping elements in your life.
K.I.S.S. or keep it simple silly. An abbreviation from my MBA days, that's stuck with me for obvious reasons :) What a clever play of words to grab attention and convey a simple truth. At times, the analysis does lead to paralysis, so when you are inundated with information and are unable to make a decision, just focus on the simple facts. Everything else ( all the if and buts) can be worked around that one important decision that you take. K.I.S.S applies to your personal life as much as it applies to every complex decision you are faced with in business or your professional life.
I am a firm believer that sometimes all it takes is one good day to recharge the spirits and kick in the motivation you may have been lacking. The trick is making that one good day happen. The elements of procrastination, self-doubts and time constraints will exist as long as we allow them to dominate our mindset. And while overcoming your challenges to start a business or making that needed career change is a long-drawn-out process, sometimes you just need to make an effort on that one good day to get started, to put your ideas into action. Sit down to strategize your next move, speak to someone who is a business owner, revamp your LinkedIn profile, hire a website designer, or watch at least 20 YouTube videos on a relevant topic to broaden your awareness - all of these can be done in one day. So what is going to be for you? I hope you have that 'one good day' soon!
Some posts dont need much of an explanation. This is one of those! It's your life, make it large. Make time for things that matter to you - both professionally as well as personally.
Mind over matter: Starting a business is really a case of mind over matter. You have so much to think, do and achieve every day, that the whole process seems rather chaotic. Having a business plan and a workday plan, along with a " can-do " attitude will go a long way in ensuring that you keep on the path of progress and don't get demotivated/ or feel lost by the many things demanding your attention. And if there comes a moment, when the going really does seem tough, step away from your desk, or computer and put away your phone - take some time out to reflect on why you wanted to start this business and focus your thoughts on why what you do today matters to the future of your business.
If you want to start a business or achieve an important goal in life - you really have to go all in. Plans on paper need to be executed in thought and action both. The mindset for change is as important as the consistency of effort. 'All or nothing' is a reminder that unless you give it your all, nothing is going to change.